skip to main | skip to sidebar

When A Court Is Presented With Evidence That Election Results May Have Been Tampered With, Does The Court Have Equitable Jurisdiction To Fashion Prospective Relief To Protect The Purity Of Future Election Results?

We The People Say Yes!
The fight for fair elections goes on. It’s been overshadowed in the news by various ongoing disasters related to finances, our schools and the banksters fleecing our great-grandchildren dry. But if we don’t get elections right, we’re in for far worse long-term consequences.
We recognized that the foundation of all our rights is based upon the democratic process of voting. In Arizona, the object of the election laws is to prevent fraud and to guarantee to the voter the count of his ballot. The Arizona Constitution contains strong requirements as to the conduct of elections. This is just one of 7 citations state and federal in the appeal:
Ariz. Const. Art. 7 § 7. In all elections held by the people
in this state, the person, or persons, receiving the highest number
of legal votes shall be declared elected.
The wording of that section merits a special notation. The phrase “elections held by the people” refers to the fact that it is the people who hold elections and not the government. The government surely has its role, and the legislature sets out rules, but all of those are for the purpose of facilitating the people in holding elections.
Superior Court Judge Harrington erred in striking Plaintiff Democratic Party’s supplemental constitutional citations, tendered before argument, on the basis that the citations could have been discovered earlier and now can’t be used. How is that possible: they’re constitutional citations.
Run Time 12:52 – From August 28, 2009 court hearing
Attorneys Bill Risner and Ralph E. Ellinwood, asked the judge to "stay" his order until we appeal his earlier decision where he claimed that Arizona courts did not have subject matter jurisdiction to consider allegations of fraud in any election.  Basically, the only issue that will be of interest is the decision on the stay question. The legal issue is extremely important but would be moot if the ballots were destroyed.

The case is as fundamental as it gets.
What we’re seeking “prospective relief” so they cannot cheat in the future. However, history tells us there are many ways to cheat and if more ways are found we need to have the courthouse doors open to right the wrong.
Add to this all the other problems previously exposed, documented and yet not answered leaves the public questioning whether our votes are being secured and accurately counted in Pima County.  The previous case in Judge Miller’s court room proved that Pima Count’s voting system is “Fatally Flawed”. When counting and processing of the ballots is concealed from the public, the only solution is transparency, transparency and more transparency at all times, not Election Theater.
In that case “database lawsuit” between the Democratic Party of Pima County and the Board of Supervisors the county’s defense was based upon the lack of security in the databases produced by GEMS (the election computer software). That lawsuit took around one and one-half years for the Democratic Party to obtain Pima County’s election databases. Christopher Straub, Pima County’s attorney, admitted that “the databases themselves are not secured. We know that and we agree that they can be altered using Microsoft Access.”
From the first case “we won” the databases which point us to the need to inspect poll tapes. From that examination of the databases for the 2006 special election, we learned that 85 separate precinct memory cards were at least loaded once to as many as 6 times starting at 10:15 pm election night. No backup of the database was made election night Tuesday May 16th as always had been done. In fact no backup was made until Friday May 19th at 5:01 pm. Why you may ask? Well, that is simple: they didn’t want to leave any evidence of wrongdoing. To have a flip, then you have to have a flop, no backup made, no evidence of misdeeds, except the database shows the time when the reloads were done and how many times it was done.
Importantly, the poll tapes will have date and time on them, how many votes were cast and are signed by the Poll workers at the precinct.
Well if you’re reading this and saying: “well, what about the hand count done by the Arizona Attorney General?” Please read Significant Discrepancies in Comparison of RTA hand count Results by AZ AG, a report by Ellen Theisen of Voters Unite.org.
The truth is Pima County has used every available legal tactic to mount a determined and expensive campaign to stomp on our rights, to stall, deny and escalate costs on what started out as a straight forward agreement to set a time and a fair procedure for following the law by allowing copying of public records.
Run Time 1:38
This time, Pima County has spent over $150,000 and counting to hire two private law firms to handle this case. This is on top of the estimated million dollars Pima County spent to deny release of electronic election databases. Enough already!
This stall tactic in both court cases is just more attempts to deny the public the right to obtain copies of the records of a public election, a right enshrined in Arizona law. As citizens, we must fight to exercise this right because it is the only way we can find out if our votes really count. As you know, transparency and open government is the foundation of democracy. 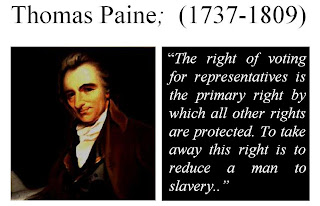 The right of the public to know is a check against erosion of our democracy by the same powerful interests that work to undermine the public interest in Congress, in the courts, in our legislatures, in the media and in local government must be challenged.
This is the fight for Freedom, the vigilance the founders taught.
This is just a few of the items we’ve learned and there’s much more wrong.
Read below or Download the actual court filing.
APPELLANT’S OPENING BRIEF
Posted by AUDITAZ at 9:11 AM

Followers That Support the Cause of Integrity and Transparency in Election

RT NEWS America’s Modern media is a cartel system that is owned and dominated by a handful of huge corporations saddled with heavy debts. “What they tend to do is cut costs wherever possible and at the same time go for the kind of material that they think will sell the most and the quickest,” said Miller, “You basically get a new system that resembles the worst aspects of the Internet and that is simply because it is profit-driven, advertising-based and controlled – that is probably the most important – by a handful of enormous commercial entities that are very close to our government and that is not good for democracy.” Americans stay uninformed not because they do not want to be informed, claimed Miller, who also confessed that good entertainment is absolutely essential. Still, he admitted that “There is a very close relationship between the low-quality of a lot of entertainment, that is derived and sensationalistic, and the low quality of our journalism.” People cannot control the information they were not told simply because “people don’t know what they don’t know”, explained Miller. “We are a consumer culture. So people are raised here basically to do one thing and that is a shock if they cannot afford it,” Miller said, “If people are used to a kind of paper-thin, lightweight, completely distorted news coverage – that is all they see everywhere they look, no matter how many cable channels they have.” According to Miller, the most scandalous story hidden from the American society over the last decade was the subversion of the US voting system. 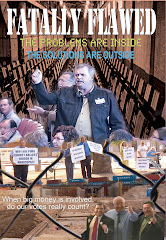 Fatally Flawed is a true detective story about a two billion dollar bond transportation measure passed under suspicious circumstances in Pima County, Arizona. The film allows you watch events as they unfold through the eyes of seasoned lawyer and activist Bill Risner. As the story develops, it becomes evident that what initially appeared to be a public mandate to expand the city's roads was a likely case of election fraud. At every step of the way, citizens seeking answers are met with resistance from election facilitators, local politicians and even the state's own attorney general. Persistent unanswered questions generated by the lawsuit and new evidence of wrongdoing on the part of elections division personnel led to an equally suspicious investigation by the Arizona attorney general. This investigation culminated in a recount conducted under conditions that made meaningful public oversight impossible. In a heated confrontation with county supervisors, investigator John Brakey says: 'This is not just about Pima County. It's about our country.' The problems with local elections divisions that are exposed in this film are taking place throughout America. Fatally Flawed is a story about citizens fighting to regain the integrity of elections who share the ultimate goal of election transparency.

HACKED: So they wouldn’t Hack Elections but do:

About John Brakey and AUDIT-AZ